Film is powerful and influential as it can be seen as providing a universal language which crosses both physical and cultural barriers as well as being a diverse art form. This makes film unique in that it makes something that could come across in writing as boring, accessible to everyone.
My creativity has also been encourage by growing up in Totnes a strong artistic community.

At a young age i travelled with my family extensively travelled around India.  I have since visited India again as a solo traveller on my gap year. I feel these trips to India have widened my outlook on the world, which has helped me immensely with filmmaking.  While studying my GCSE’s I made a poignant short film called “No Glory for Heroes” about the challenges First World War soldiers faced assimilating back into society, when for years they had been conditioned to kill. My film went on to win a co-operative young filmmakers award.

Since then i have worked alongside professionals on ‘Julius Caesar’ as a camera assistant and boom operator.   This feature film that was nominated for the prize of best micro budget feature at Raindance film festival. I have also done some paid work for an award winning production company De Facto films, which produces documentaries and promotional films.

I approach each film I work on with a professional attitude working to the best of my abilities to produce a quality, engaging film on what little budget I am working with. I enjoy the journey of filmmaking which not only teaches me valuable lessons, but also gives me the opportunity to meet interesting people.

I am currently working on a feature documentary about a school in India which gives deprived and traumatized children a rounded education and a future through music. 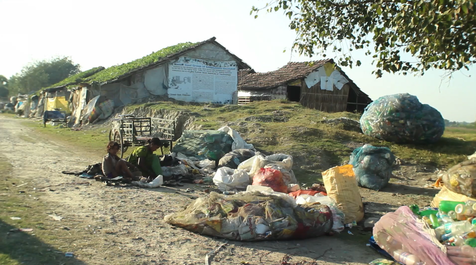